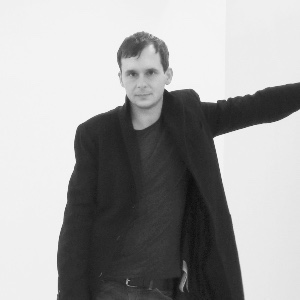 Curator of contemporary art. He studied art history at the Faculty of Arts and philosophy and anthropology at the Faculty of Humanities at Charles University in Prague. Novotný worked as an editor for the MF DNES newspaper and an independent curator and critic. Since 2011 he has run the Centre for Contemporary Art FUTURA and from 2016 together with Jiří Černický also the Studio of Painting at the Academy of Arts, Architecture and Design in Prague. In 2018 he prepared curatorial projects for the Passerelle Centre for Contemporary Art in Brest, together with Jiří Kovanda, a site-specific project for the Black Cube Art Museum in Denver, and with Anna Daučíková the exhibition at the State of Concept in Athens. The two-year curatorial project under the title Orient,Meditation on the Eastern European Identity, featured 45 artists and travelled to the Contemporary Art Centre in Riga, BOZAR in Brussels, and Bunkier Sztuki in Krakow. In November 2018 he has opened a group exhibition at Art in General in New York. He participated in residential and research programmes at the Delfina Foundation in London (2016), Contemporary Arts Center in New Orleans (2014), Contemporary Art Museum in Rijeka (2014), Design Cloud in Chicago (2014), Villa Arson in Nice (2013), and Independent Curators International in New York (2011).